The Risks of Oxygen Depletion

Oxygen is the only gas we breathe that supports life.

In the air, a normal concentration of oxygen is 21%, while the rest of the atmosphere is made up of 78% nitrogen and trace gases. Inert gases such as nitrogen, argon and helium are not toxic, but they do not support human breathing. They are odourless, colourless and tasteless making them undetectable.

An increase in the concentration of any other gases that are not oxygen can lead to a situation where individuals are at risk of asphyxiation which can cause serious injury or even death. This removal of oxygen gas in the air we breathe makes having an oxygen depletion sensor not just useful, but essential to maintaining life.

Which industries use inert gases?

Despite the risk of oxygen depletion, the use of inert and speciality gases is widespread in several industries and processes. This includes:

These industries highlight the necessary need for oxygen depletion sensors in order to maintain the safety and wellbeing of people.
Poorly ventilated areas and confined, restricted or enclosed spaces usually have an oxygen-deficient atmosphere. Low oxygen levels can also exist in ‘open areas’ including areas with ventilation, laboratories, buildings and outside near equipment.

The body’s oxygen transport system takes oxygen to the working muscles through the circulatory and respiratory systems working together. When we breathe, oxygen enters the lungs and is absorbed into the bloodstream to fuel the cells in our bodies. If the level of oxygen concentration falls below the normal rate, it can cause damage to a person’s health.
Depending on the concentration of oxygen, the effects and symptoms of oxygen depletion on the human body will vary. At 19% of people may suffer some physiological effects, but it may not be noticeable; while a drop to 12-15% is enough to cause poor judgement, faulty coordination, abnormal fatigue and emotional upset. If the oxygen level reaches less than 10% this can cause immediate fainting, an inability to move, loss of consciousness and as previously mentioned, death.

The use of oxygen depletion monitors

Both monitors provide a digital readout of oxygen, plus audible and visual alarms to potentially dangerous deficiencies (and increases in case of Safe-Ox+) of oxygen in the air surrounding the instrument. 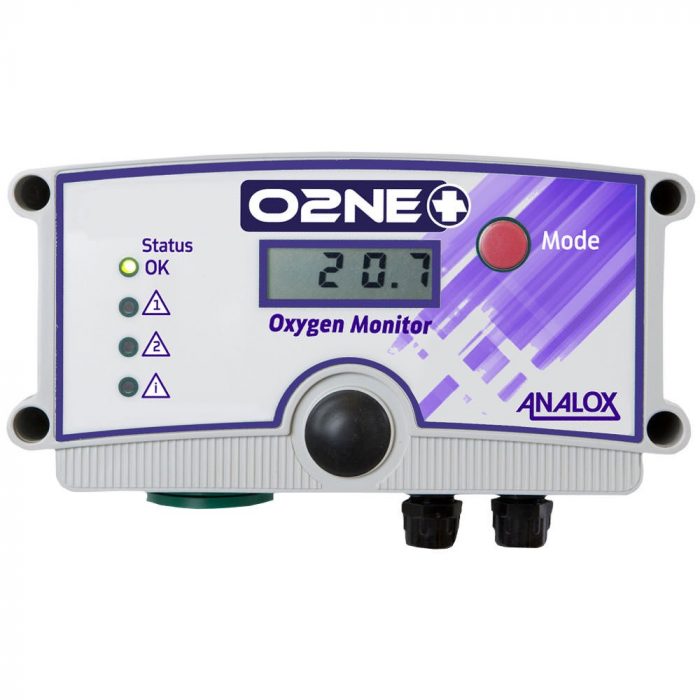 The O2NE+ room oxygen sensor provides two audiovisual alarms which are pre-set at 19.5% and 18% to warn personnel of a potential leak which may cause the O2 levels to deplete to a dangerous level.

The Safe-Ox+ oxygen enrichment and depletion monitor has two pre-set alarm levels at 23.0% and 19.5% O2.  However, both products can be adjusted to trigger an alarm at a different level of oxygen concentration.

For more information please contact our team on 01924 444577 or email hello@gemscientific.co.uk